Tagliabue has been playing for Al Wahda for five seasons, playing a total of 107 games in the Arabian Gulf League. The Argentine brought his impressive goal scoring talents to the UAE in the 2013-14 season, when he scored 28 goals in 25 games on his debut season at Al Nahyan Stadium. The following season, he scored 15 goals in 22 games. Tagliabue scored 25 league goals in 24 appearances in 2015-16, winning the top scorer award. Last season he scored 19 goals in 20 appearances.

This season, Tagliabue is competing for the league's top scorer award, having netted 16 goals so far behind Al Wasl's Fabio de Lima, who leads the scoring charts with 18 goals. The Argentine is the only player to score two hat-tricks in the league this season. He also reached the100-league-goal milestone in matchweek 15 against Al Wasl, becoming only the second foreign player in the history of the competition to reach 100 goals.

Born on February 22 1985, Tagliabue's brilliant performances in the Arabian Gulf League were not a surprise to those who have followed his career before joining Al Wahda. The Argentine had an excellent experience in neighbouring Saudi Arabia with Al Ettifaq and Al Shabab where he became the top scorer in the Saudi League of 2012-13 season, after which he moved to Al Wahda to start a new chapter of his career in the UAE.

Speaking to agleague.ae, Tagliabue expressed his pride of the achievement and his Al Wahda career, praising the cooperation he found from the club management, his teammates, and his successive coaches in the team during his five seasons at Al Wahda. The 33-year-old expressed his happiness with his success with the Clarets, adding he is proud to be the club's all-time top goal scorer, and hoped that he will succeed in bringing happiness to Al Wahda fans.

Back to news listing page

To support “The Fund of the UAE: Homeland of Humanity" 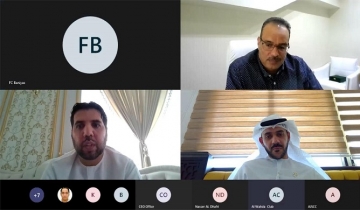 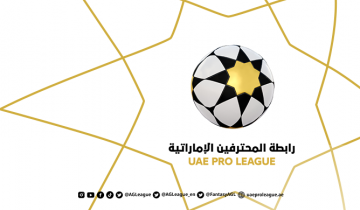